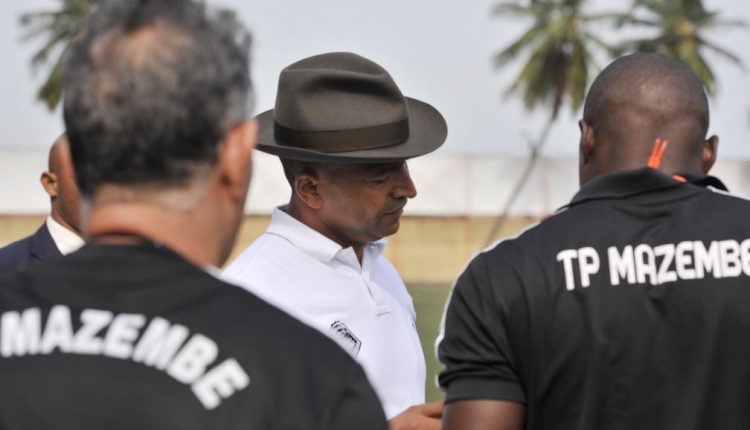 Franck Dumas will be reappointed as head of technical staff by Mazembe’s management. Moïse Katumbi has reaffirmed his desire to see the Frenchman continue his adventure at Kamalondo.

During the ordinary general assembly of TPM, held Saturday, January 23 in Futuka, management of TP Mazembe made the last season assessment and set objectives for the coming one. The point concerning technical staff that will lead the club for upcoming events was definitively settled.

« We support our technical staff, » said Moïse Katumbi, president of club’s coordination. « Moreover, we should not change the coach, because we see very well that our system of play has improved. In short, we must form the real family of the club, our child to all of us, so that it continues its ascent. »

Eleven months after their arrival in Lubumbashi, Franck Dumas and Raho Slimane, who have managed to keep les Corbeaux at Linafoot top, despite an elimination in semi-finals of the CAF Cup, and who will enter the last year of their contract with the Lush club, will continue their project.

« Our team is too young, and as soon as they are promoted to the first team, our youngsters are already dreaming of Europe, where their aspirations are often dampened. We have to stick together to rebuild our team. Let’s put our interests together, because the image of our beloved team is at stake, » said Moïse Katumbi, who would like the rising generation to make a name for themselves at home, which would also raise the level of Congolese football, before perhaps dreaming of Europe.