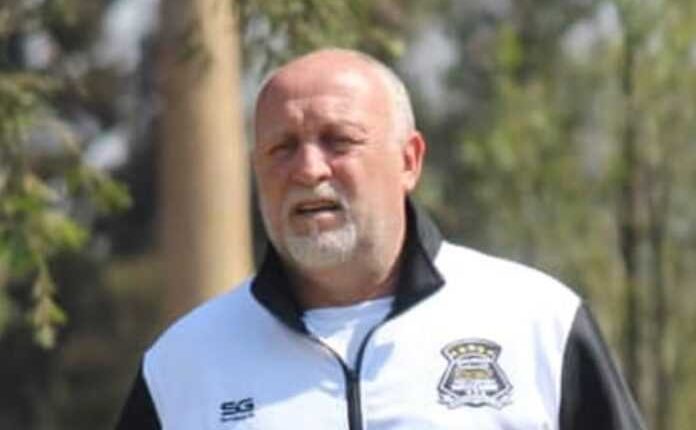 TP Mazembe coach, Franck Dumas, could leave the club at end of this season. Team’s performance under his reign has not convinced his leaders. Semi-finals blows out in CAF Cup isn’t the main reason.

There is a lot of doubt surrounding Franck Dumas future at TP Mazembe. French coach, who cames from CR Belouizdad, arrived at Lubumbashi in July 2021 to take charge of Les Corbeaux technical staff. After almost a year in charge, and after a deceiving African campaign, Dumas’ record is not unanimous within the club. Moise Katumbi confidence in his coach has faded with each passing day FootRDC learned from reliable sources.

Recent elimination of the Black and White in CAF Confederation is only one of causes, not the main one. Indeed, Mazembe officials note that team’s play has not been improved under Franck Dumas. Someones think him worse than Pamphile Mihayo, both in terms of results and in the way he acquires them, report our sources. TPM early elimination in Champions League, Linafoot’s firdt leg, and image left in the group stage of the CAF Confederation Cup are pinned to judge Dumas method. In Kamalondo staff, joy and satisfaction are still far from occupying the minds.

Frenchman has been able to bring some youngsters trained at Mazembe up to speed, which is one of the major missions assigned to him by Moise Katumbi. But that would not have been enough to ensure a rosy future for Les Corbeaux. In view of its prestige and history, TP still expects more from its coaches. According to our information, Franck Dumas is due to be sacked at the end of the season, and the club is currently studying technicians profiles who could replace him. Florent Ibenge’s name has been mentioned in the VIP rooms of Kamalondo as a possible successor to the former coach of Stade Malherbe de Caen. To be continued !