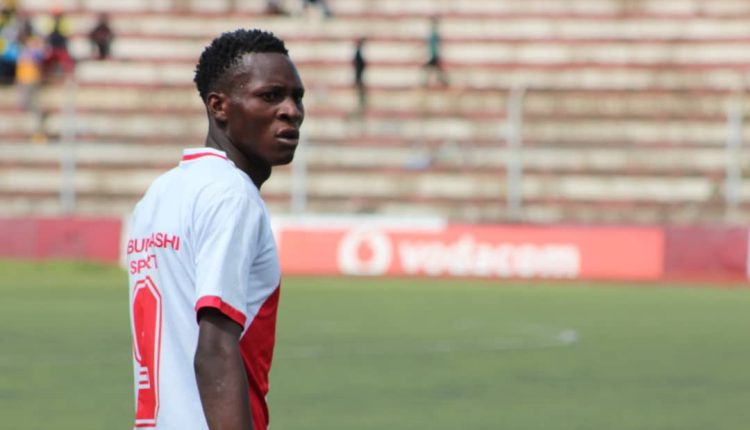 Tshal Musans, striker of Lubumbashi Sport, has been in Cameroon for a few days to negotiate his transfer to Coton Sport. Congolese striker, who scored eight leagu goals last season, the second best total behind Glody Lilepo, has decided not to sign for Garoua giant despite playing in an African competition next season prospect, source told FootRDC.

According to our information, Musans and the Cameroonian club have not reached a salary agreement. The amount of money involved in the negotiations was not mentioned, but Tshal Musans has chosen to return to in Congo to train with his club, Lubumbashi Sport. The striker, who has one year left on his contract with Kamikazes, « will not be leaving for free », confirmed Guy Kalenga, club’s communication director. « He preferred to come back to rebound afterwards, » he added.

As soon as he returned, Musans attracted attention of other clubs. He is being pursued by a first division club in Egypt after receiving several requests from clubs in Linafoot. FootRDC has learned that AS VClub approached the player, without success following a lack of agreement between the two parties on his salary. Green and Black club has been looking at Musans after Eric Kabwe successful transfer from Lubumbashi Sport, who scored seven goals last season.

« His transfer is not excluded if another club wants him, Lubumbashi Sport will listen to offers, » Kalenga said. Despite the interest from Congolese clubs, Lubumbashi Sport’s management is leaning towards an international transfer for their homegrown striker. If no agreement is reached on the transfer of Tshal Musans, his club, which finished 10th last season, could keep their striker for another season.