OM: « A reliable and accomplished defender » Mbemba seen by a former teammate 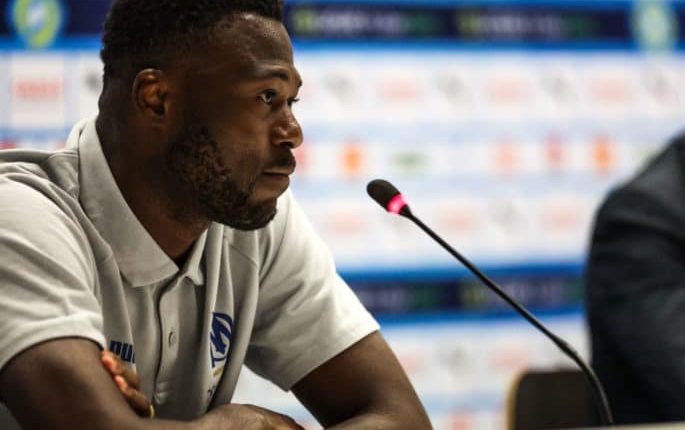 Chancel Mbemba is one of the key recruits of Olympique de Marseille summer. The Congolese defender, who arrived free from FC Porto, has raised hopes at OM, thanks in particular to his experience in addition to his talent.

Before Vélodrome public discover Mbemba in official competitions, one of his former colleague is already reassured that Marseille public will not be disappointed by their new recruit performance.

While at Newcastle in 2016, Senegal international Henri Saviet rubbed shoulders with Chancel Mbemba, who had arrived at the English club a year earlier from Royal Sporting Club Anderlecht. Years later, Saviet has not forgotten any of his former teammate’s qualities, describing him as a reliable and accomplished defender.

« He is a rough defender. What I like about him is that you know he will do his job. He is a reliable and accomplished player. He is not very tall (1.82m), but what he can do in the air is impressive! » said the midfielder trained at Girondins Bordeaux, in an interview relayed on Ligue 1 official website.

In addition to his talent, the best thing about Mbemba is his experience. Four years spent at Porto have allowed the Kinshasa native to take a step forward in his progression. He is now a complete player. Saviet has no doubt about that.

« Having seen him with me at Newcastle, he is formidable in duels, despite the high level of the Premier League. I think Marseille will love him, because he is very solid and has a lot of impact, » added the Senegalese.

« He also comes with a lot of experience: he played in UEFA Champions League with Porto, where he was also Portuguese champion. He has obviously played in Premier League and he has become a pillar of his national team (64 caps). It’s a very good arrival for OM with a Champions League player. »

There is also versatility in Mbemba. « At Newcastle, he was able to help out on the defensive flanks or even play in front of the defence, but he is above all a central player. He’s complete, even with the ball at his feet, » recalls Henri Saviet, who now plays for Pau FC in French Ligue 2.